Beauties and the Beast

So the Academy of Art's Comic Book Club hosted another Superhero Costume Carnival this weekend, and it was awesome! Here are some of my sketches from the event... 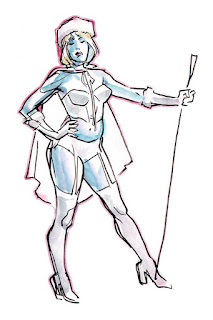 Sarafina, queen of models, as "White Queen" Emma Frost. This was early in the event, and you can see I'm still forgetting to factor the high heels into her proportions. 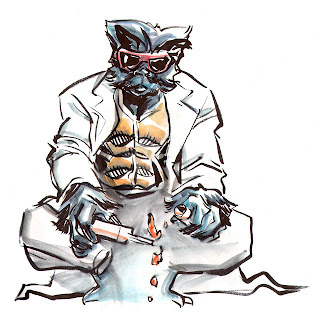 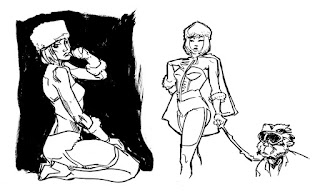 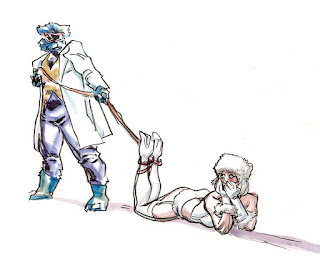 Put those two together, and things start getting a bit kinky. 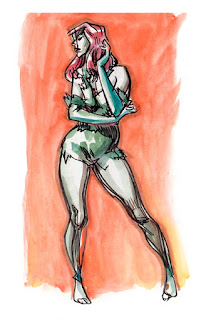 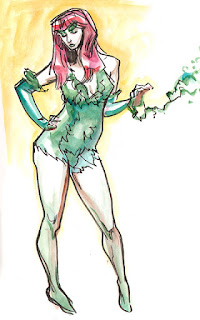 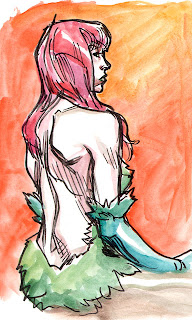 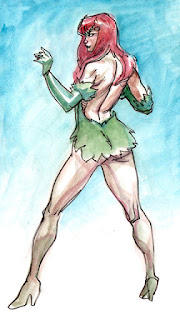 Lots and lots of Whitney Mccabe as Poison Ivy. Based on my last couple of Superhero Costume Carnival posts, it looks like I have a particular fondness for this character! 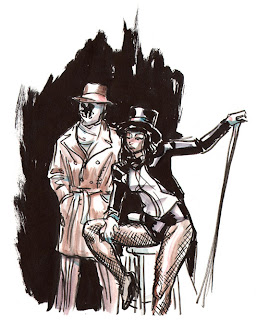 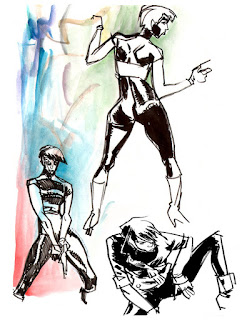 The amazing Ashton Warren as Rocket of Milestone Comics fame. Yes, she really does do all these crazy poses. 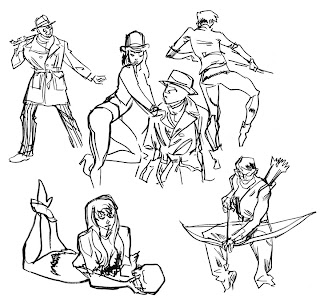 A few pen sketches, and then... 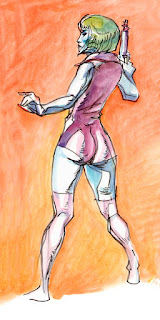 Sarafina's awesome spacey costume from the very end of the workshop. How Barbarella!