At last, here's the new cover illustration for the completed edition of my Little Monsters comic anthology, which now features seven different short stories. I'd better hurry up and place my book order if I want to have these ready to sell at the Alternative Press Expo in October! 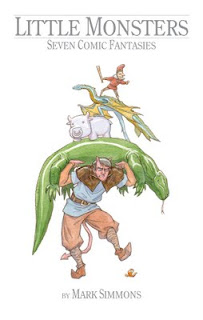 A few recent sketchbook pages for your amusement. I've been playing around with an idea about giant robots fighting enormous H.P. Lovecraft monsters, and after briefly trying to make the monsters weird and non-humanoid, I decided to go to the other extreme and visualize them as stuntmen in rubber suits. As it turned out, I really liked the visual of Cthulhu as a Godzilla extra. Some of these are also touched up with watercolors, which is a nice way to fill time while scanning images or watching Project Runway. 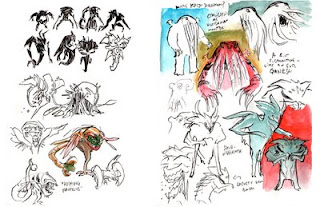 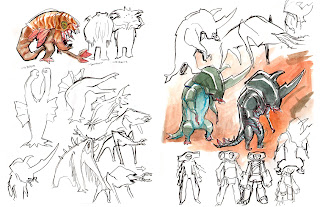 The heroic super robots are supposed to be thousands of years old, and so I played around with some ideas based on ancient cultures. This raises the prospect of a hundred-foot-high monster-smashing Venus of Willendorf, which strikes me as a long-overdue direction for the tokusatsu genre. 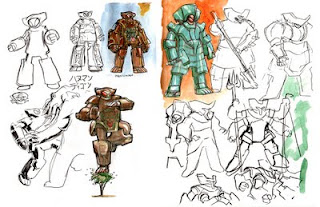 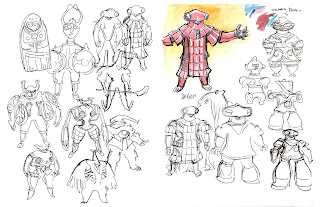 Julie's always asking me when I'm going to post this, so let's make the magic happen! This is a poster I created for an assignment in my Teaching Principles class a couple of years ago, which was supposed to dramatize the Experiential Learning Cycle. Longtime readers of this blog will no doubt be shocked to see that I threw in spacemen, cutesy rocketships, and tentacle monsters. 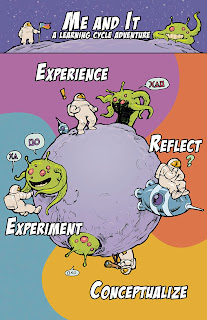 Huh, I guess PlayStation buttons are the universal cosmic language.
Posted by Mark Simmons at 5:49 PM No comments:

Just for filler fun, here are a few demos and examples I did during for my comics classes this summer. First, I did this for a quick in-class exercise where you're given the first and last panels of a story, and you need to fill in the story in between... 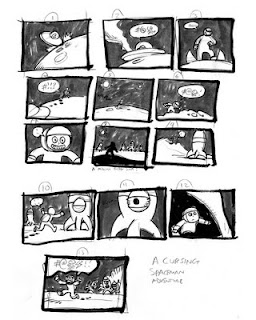 And this for another in-class exercise, where you have to include at least one example of every type of "camera angle." 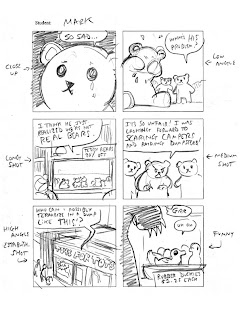 Finally, this was a quick demo of using black and white shapes to create simple backgrounds. There was much discussion of the ominous owl pinata featured in the last scene... 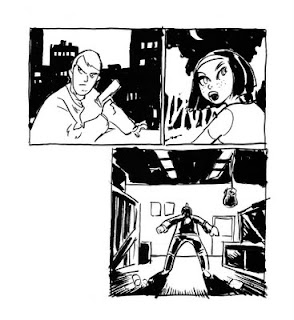 Posted by Mark Simmons at 7:30 PM No comments:

I'm so torn! As much as I love the lurid yellow-orange I originally used for the shape-changing Space Wolf, it seems like I'm setting a bad example by using every crayon in the box. Just to ease my conscience, here's a modified version with a more subdued monster color scheme. 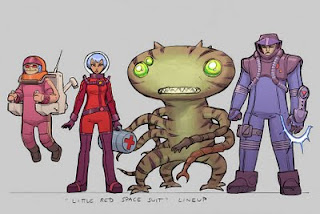 For comparison purposes, here's the Red Riding Hood lineup that Scotland Barnes did for his class. If we can just get George to post his lineup, we'll have a complete set!
Posted by Mark Simmons at 11:35 PM No comments:

Truth in advertising: This 8 Hour Comic actually took me nine hours. But hey, proportionally speaking, I'm closing the gap! Please enjoy The Black Cat, which in time-honored fashion has virtually nothing to do with Edgar Allan Poe.

Update: New browsable version created with the Issuu reader! Click in the middle of the page to enter full-screen mode, press "esc" to escape. 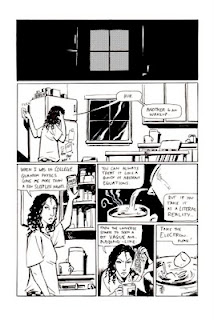 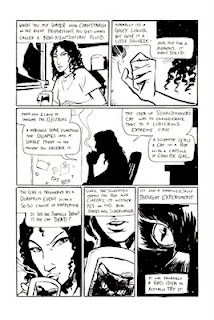 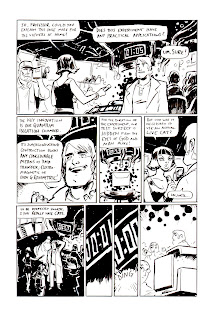 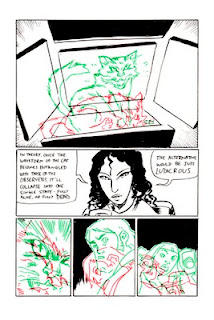 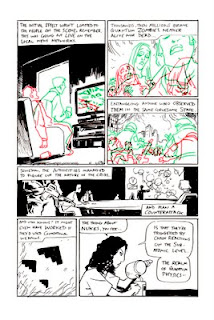 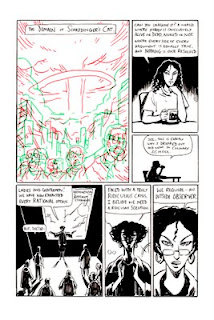 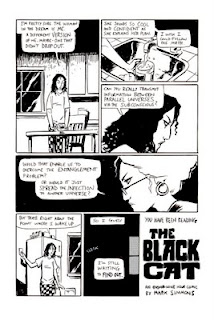