My second time sketching along with the Global March comes at an interesting time for the fight against ivory and rhino-horn trafficking. In quick succession, we've had a National Geographic expose, a vague agreement between the US and China (the top two markets), and today California governor Jerry Brown just signed a horn and ivory sales ban into law. Feel the momentum! And see marchforelephants.org for more info.

This year's march kicked off at Jefferson Square Park... 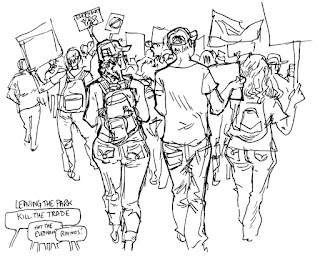 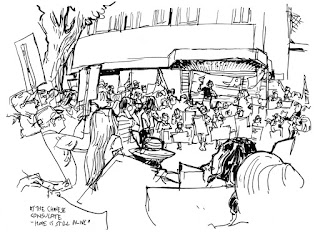 ...to a mini-rally in front of the shuttered Chinese Consulate. 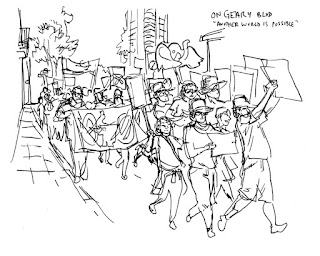 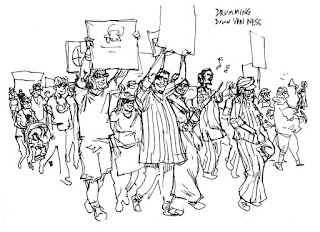 Of course, drumming and chant-leading aren't trivial multitasking challenges either. 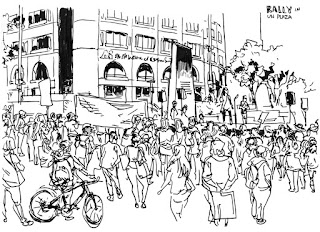 The closing rally at UN Plaza. This is usually where the crowd starts to thin out. 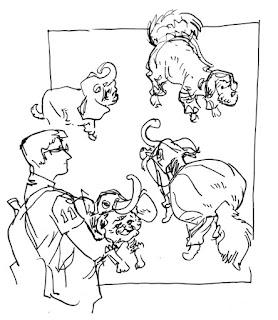 Dogs dressed as elephants was definitely a thing this year!
Posted by Mark Simmons at 2:51 PM 1 comment: